Got a handful of interesting discs today.

First up, Jack Scott. Who? Exactly. Canadian-born, Detroit-raised, the first white rock n roll star out of Detroit. In a 41 month period he had more charted records than anyone except the Beatles. I got this from a hockey card...no, actually, it was from WIKIPEDIA

I pulled this out because the label is rare but I got a lesson in Canadian music history. This song only reached 96 on the charts but it jumps. Got a good beat, you can dance to it. I give it a 74. 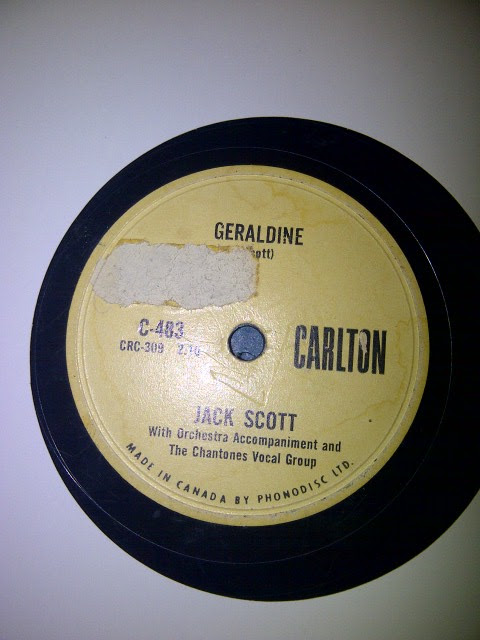 Here's Bo Diddley with a rare song that doesn't have his ever-present refrain in it. Hardly sounds like him at all. This song was brought to my attention by Creedence Clearwater Revival but here's the man who wrote it singing Before You Accuse Me. (Record credits E McDaniel, his nom de plume, real name Ellas Otha Bates.) 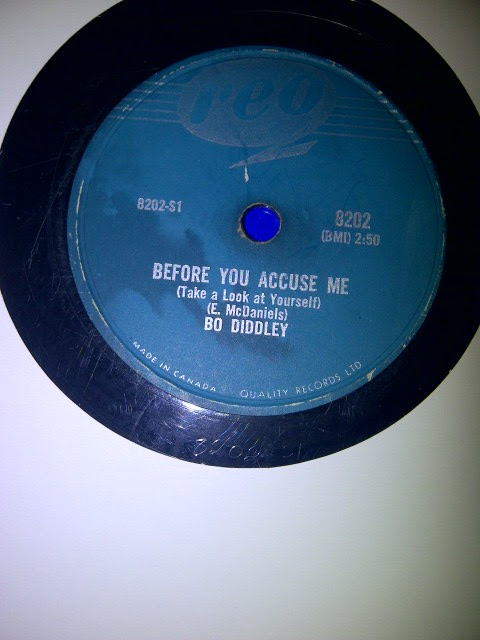 Classic rock. The Monotones, straight out of the projects in Newark, one-hit wonders, name checked in Don McLean's American Pie,  with Book of Love 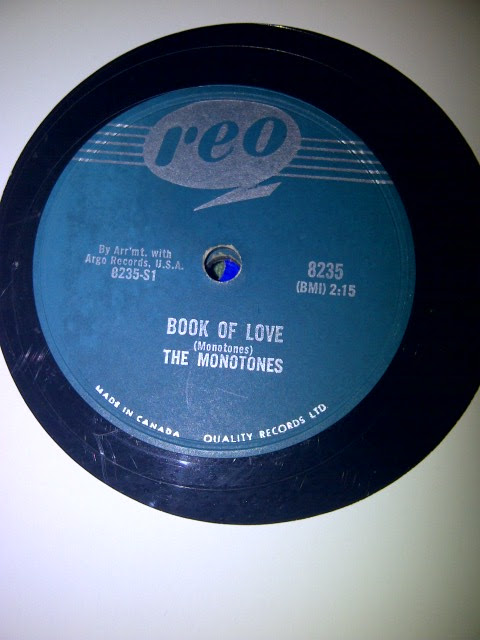 Time for a little Communist inspired sedition. Pete Seeger's band, The Weavers with the traditional song you may know as Sloop John B or John B Sails but they call The Wreck of the John B.
From Alan Lomax's field recordings through The Weavers on to The Kingston Trio and the Beach Boys, to you. 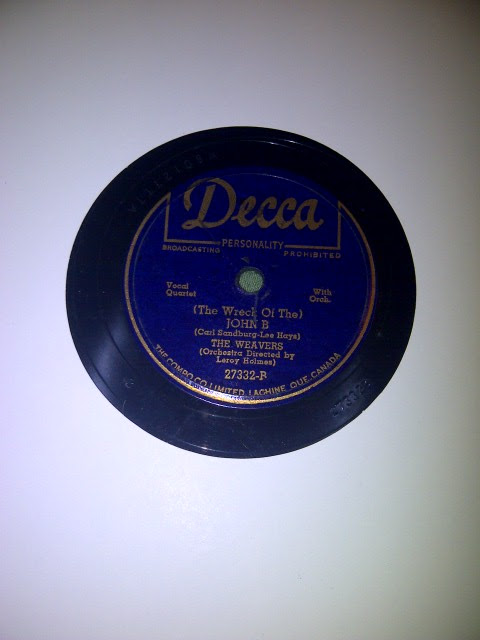 Now I don't spend a lot of time listening to waltz music, unless I'm feeling Winterlude by Dylan. This one I recorded because it's the oldest record I've found in this collection.It was pressed in 1901. This Columbia label is called the "pre-conditions" label...it was so early they had not yet started putting conditions of use and copyright information on the labels. 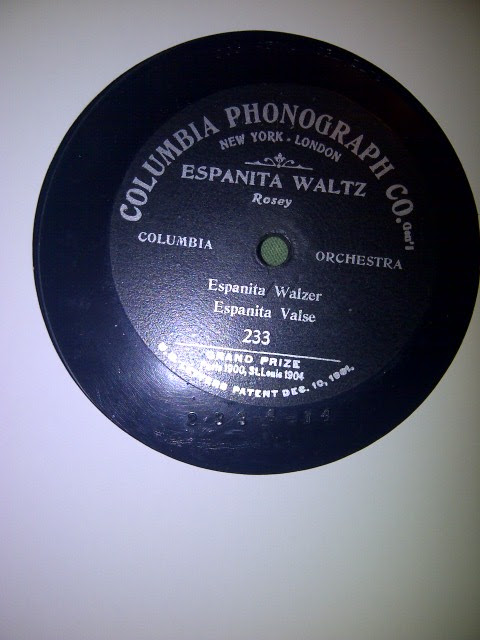 Here's a teaser for the next installment, the Jazz Age.

Louis Armstrong, one year after Lotte Lenya, a year before that white guy, with his version of Mack the Knife. 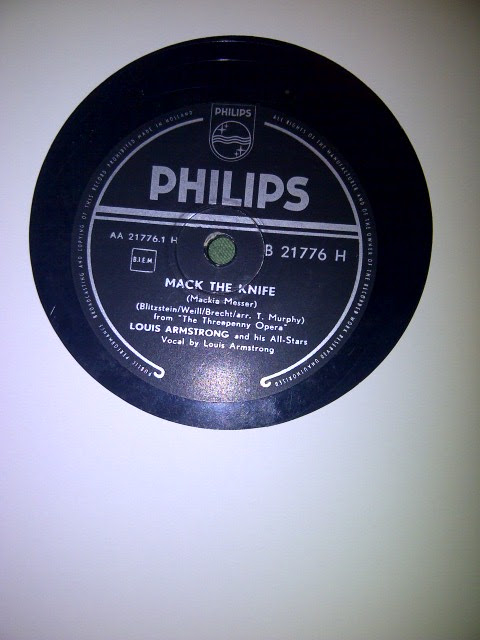