Rock Me, Jazz Me
'Till I'm Blue
78 RPM's continued

I know, I said I'd be back with some Bix and others but I really don't know much about jazz...except who sells for more.

Still finding things down my alley. A little blues and little rock and there's plenty a jazzy feel along the way. 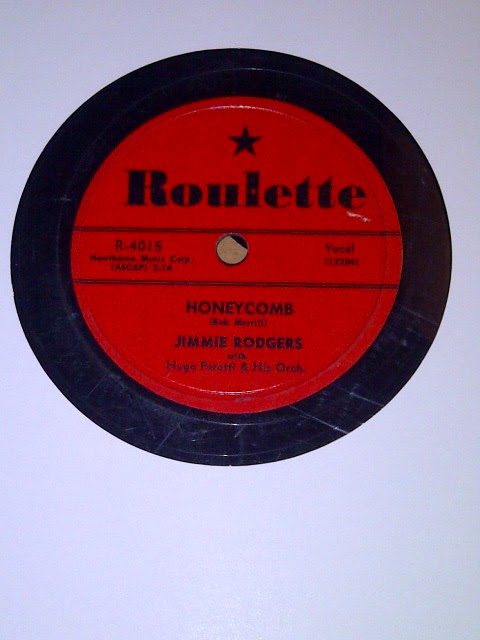 We start today's journey with a little Jimmie Rodgers. No, not the Yodeling Cowboy from Meridian we visited in 2010. This is the 'rocker' who hit the charts with the life changing ditties ; Child of Clay (1967), English Cemetery Garden (1961), Bo Diddley (1958), Kisses Sweeter Than Wine (1957) but you know him best for that first song, reaching #1 on the CHUM Charts in September 1957, Honeycomb.

Speaking of Kisses Sweeter Than Wine, that released in Canada on the Apex label...and guess what I found. 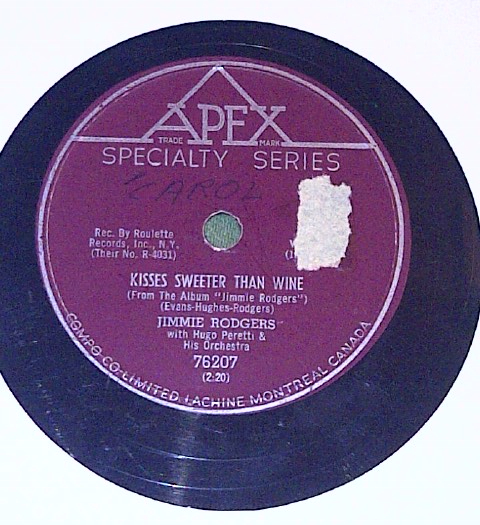 I love typing and doing the google. That's how I find shit. Here are a couple tracks from Lucille Hegamin. Who-zat? Well I was a little ignorant as well. Turns out she was the second female blues singer recorded after Mamie Smith. She signed on to Arto Records in 1920, recording a few months after Mamie released the ground-breaking Crazy Blues in 1920.


Now the ladies who sang the blues were not like those rough-hewn bluesmen we all love. Not everyone sounded like Bessie Smith, we'll get to her later.  They were mostly a little higher on the register and skirted genres; blues, jazz, jump and popular sounds all had equal sway. Their subject matter, on the other hand, was down there as deep as Johnson or Patton or House ever got. 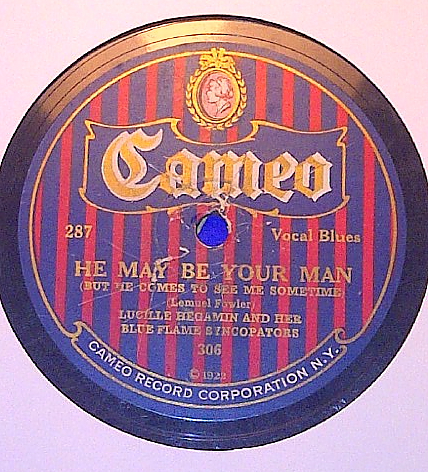 After a couple of years she switched to the Cameo label in in 1926 we get this lament;

Papa Papa (I Don't Want to Be Your Mama No More).
She wasn't done setting down the blues either. The B Side has her saying ; He May Be your Man (But He Comes To See Me Sometime)


Josh White. What a story here. 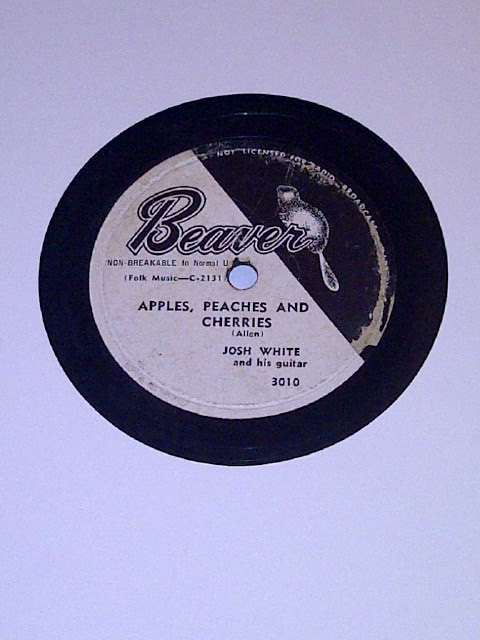 He was a confidant of FDR's. His political views (he was anti-segregation and a proponent of human rights) got him branded a communist during the McCarthy Era.

Here's a piece from his wiki page illustrating his accomplishments:

"White was in many senses a trailblazer; popular country bluesman in the early 1930s, responsible for introducing a mass white audience to folk-blues in the 1940s, first black singer-guitarist to star in Hollywood films and on Broadway. On one hand he was famous for his civil rights songs, which made him a favorite of the Roosevelts and on the other for his sexy stage persona (a first for a black male artist).

He was the first black singer to give a White House Command Performance (1941), to perform in previously segregated hotels (1942), to get a million-selling record, "One Meatball" (1944), and the first to make a solo concert tour of America (1945)., first folk and blues artist to perform in a nightclub, the first to tour internationally; and along with Lead Belly and Woody Guthrie, the first to be honored with a US postage stamp.

White and Libby Holman became the first mixed-race male and female artists to ever perform together, record together and tour together in previously segregated venues across the United States. They would continue performing off and on for the next six years, while making an album and a film together."

Now that might have been written by his agent.

The records I've found so far testify to his time spent in the folk circuit, as the label testifies.
The one above reminiscent of Peter, Paul & Mary more than Woody.

This song Bob Dylan may have heard before penning A Hard Rains A-Gonna Fall.

Speaking of Woody Guthrie, does anyone know his cousin, Jack? Had a million-selling #1 hit with his remake of Woody's Oklahoma Hills. 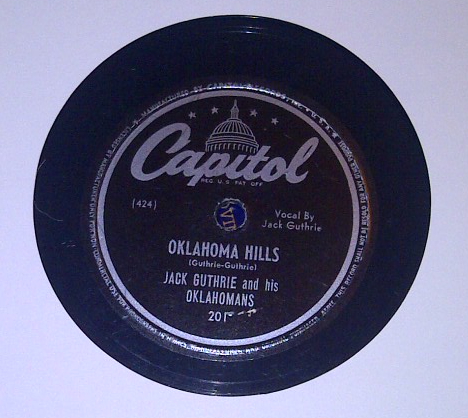 He was a bigger star than Woody in his time. The B-Side of this disc went to #5 on the charts. Story goes Woody heard this on the radio and called the station to say someone had copped his song before he knew it was his cousin.

Still got the jazz in my back pocket.

Posted by Krewe Chief at 6:35 PM No comments: