So we leave the busy city streets of Paris 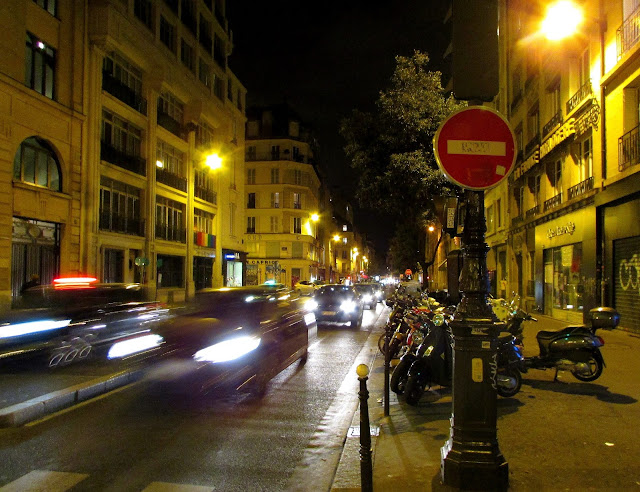 for the more tranquil roads of Alsace-Lorraine. But before we get where we are going one quick stop to honour Napoleon.

In Paris we were in the heart of the city, in Germany, not so much. We are staying outside of Horben, which is 20 minutes south of Freiburg. I know, meant nothing to me either. 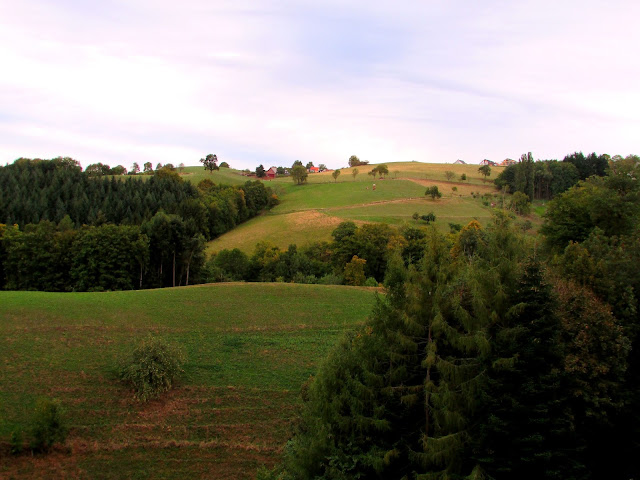 It's remote, at the end of a winding one-lane road where you can meet tractors or cows. 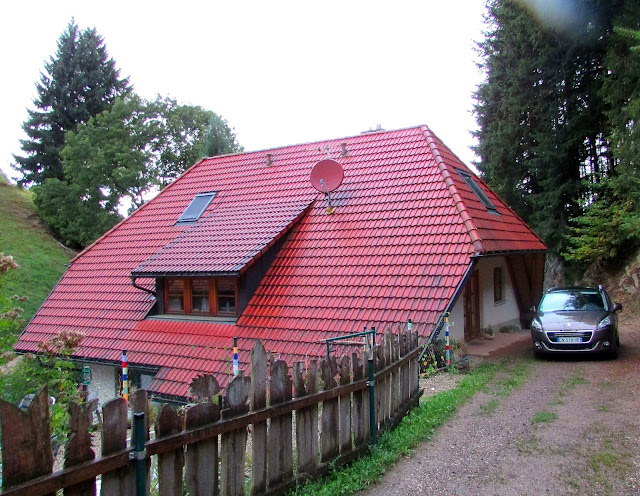 It's a working dairy farm. Don't try to milk this guy though. 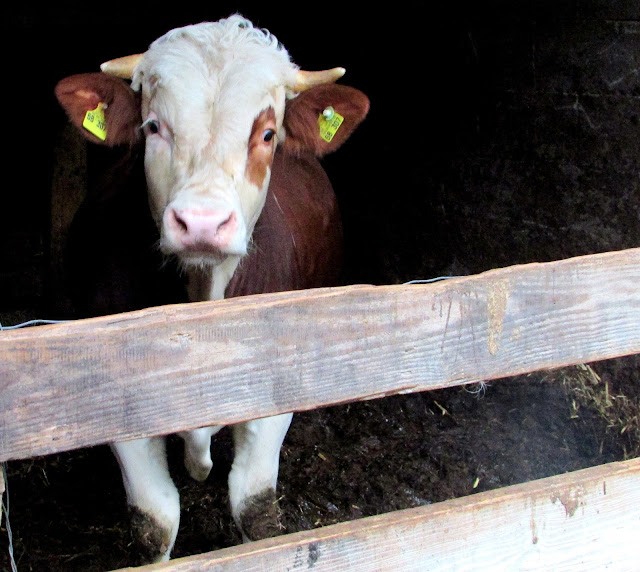 This is the tractor I was told I could use. 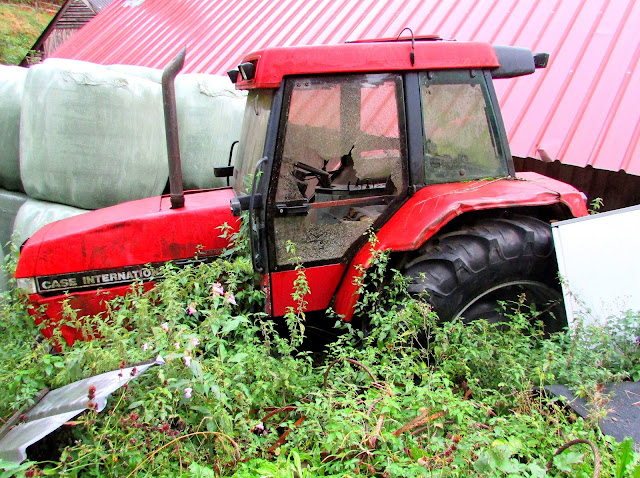 It was in better shape when I got it. 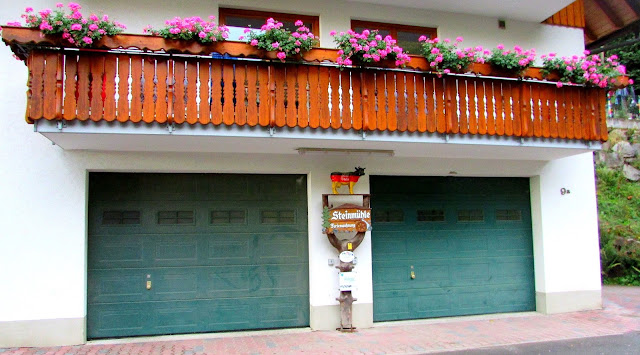 The farm is named Steinmuhle and if we didn't know that we would have never found it. Street names don't matter much in this part of the country but 2 out of 3 people knew the name of the dairy farm.

We settle in for the night with wine and food and rest up after 7 hours on the road. The next morning we head straight north on the autobahn where we are doing a steady 150 kph and being passed by cars that are nothing but a blur. We find our start point in Baden-Baden, a quick lunch then south along the world famous Route 500...except it's closed.

We are not 10 kilometers into our Black Forest experience when we are forced to change our route. We end up on Route 462 and now we are just hitting random towns in the Black Forest. This lands us in Forbach and Freudenstadt...instead of two other places we didn't know.

Nice fountains to be found. 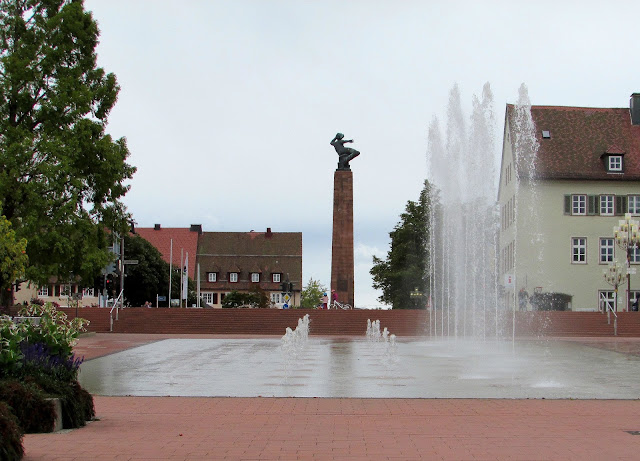 And stately old building in the town square. 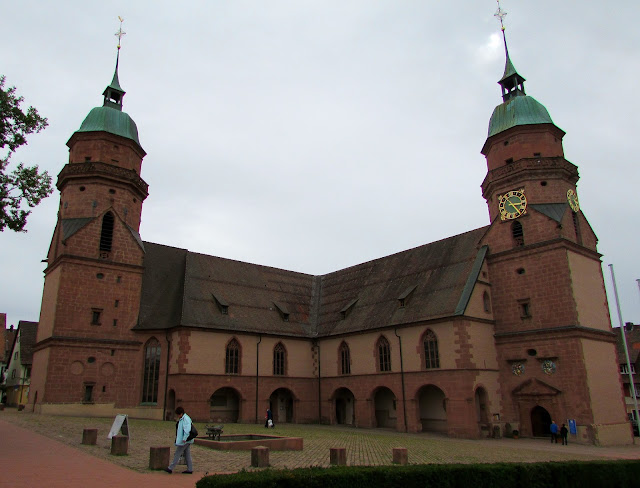 And art installations disguised as fountains, or the other way around. 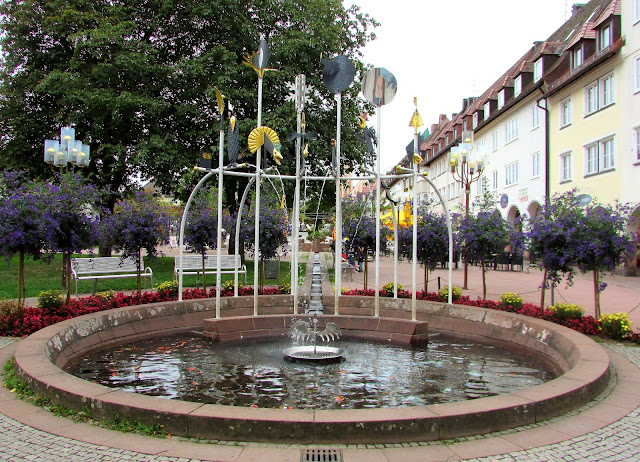 Here they play speed-chess with a sundial. 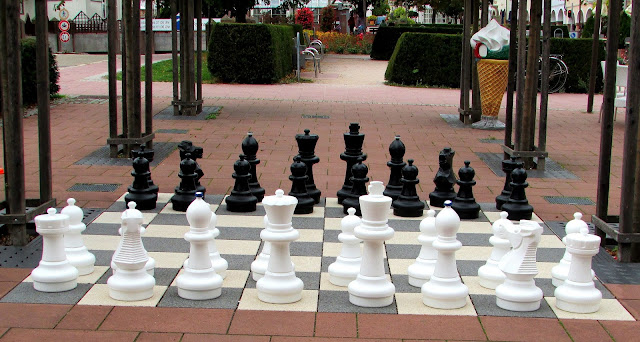 The day ends back at our idyllic rural retreat. Which also has a cat. 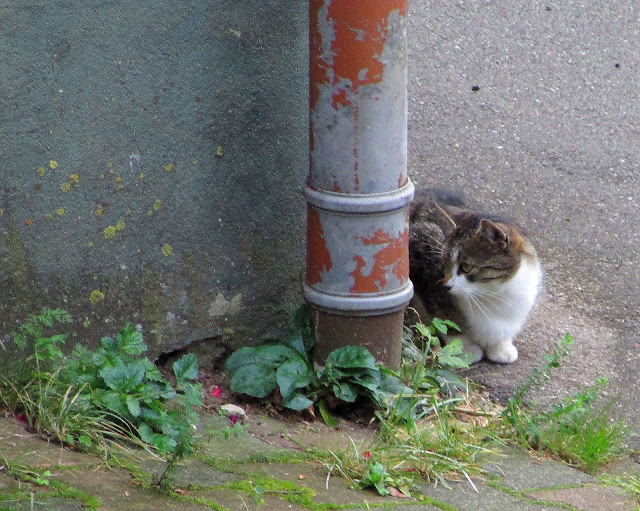 Day 2 in the Black Forest has us enjoying the winding roads...because it's raining. 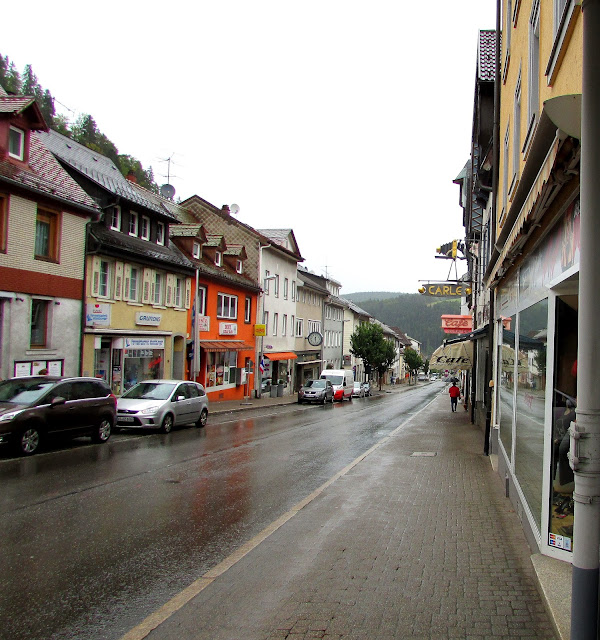 Our first stop was in Feldberg, the highest point in the region. No photo ops presented themselves but the road was an event all in itself.

Our main stop was in the town for Triberg. Here we found the largest falls in the Forest. 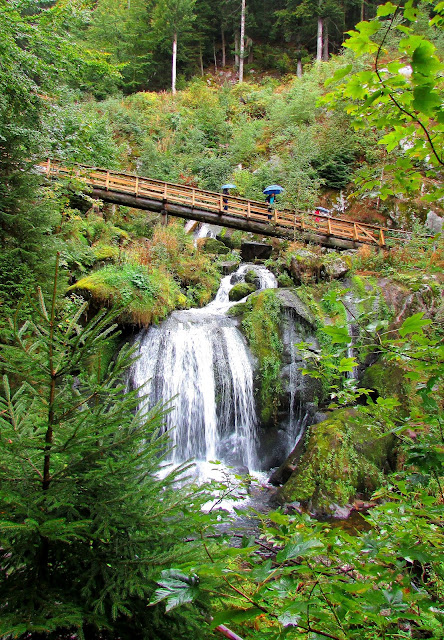 A bit of a hike in to get to these spots, in the drizzling rain, but worth the effort. 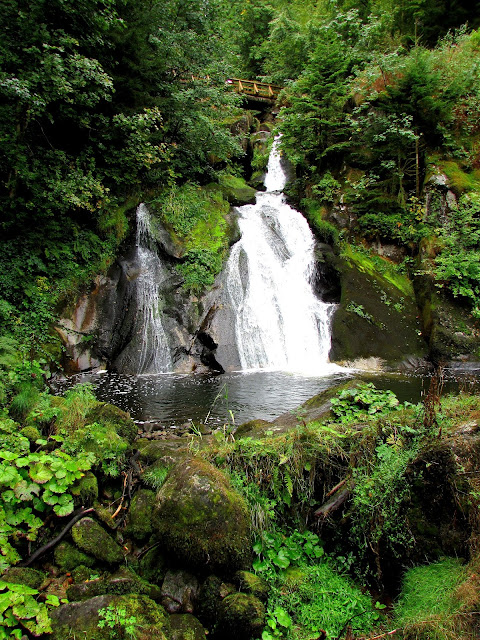 In the hilly town of Triberg itself you come across the largest cuckoo clock on earth. We just missed the big event. 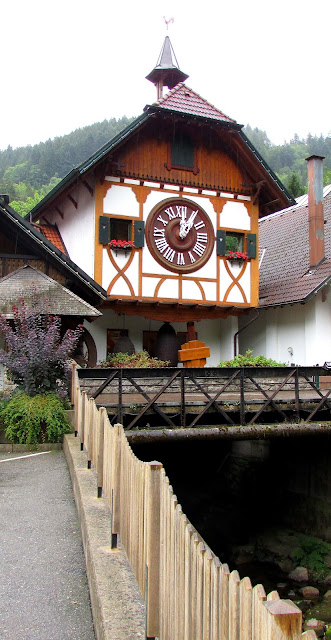 Germany has scenic vistas too. I call this one A Town from a Mountain Road. 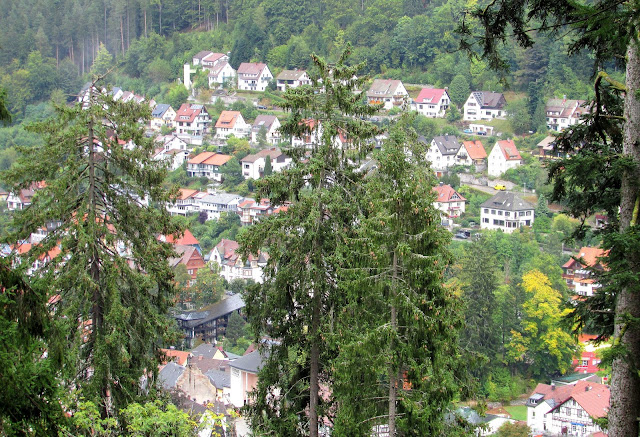 In Luxembourg, a country I know nothing about, we see them trying to keep up with the Jones' when it comes to castles... 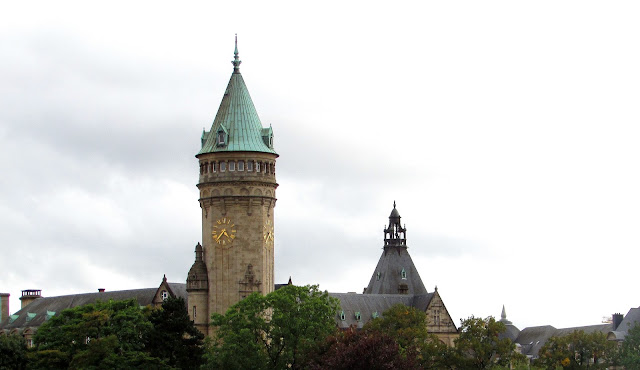 And obelisk's in the Old Town.

This one is called Gelle Fra and it honours, well, what else, war. The Great War. The First War to End All Wars.

Believe it or not they have a church named Notre Dame here. Instead of taking a picture of it I tried to engage these people in a theological discussion. As they turned and ran the mature penguin reached out and asked the little ones to make a rope, starting with his umbrella. 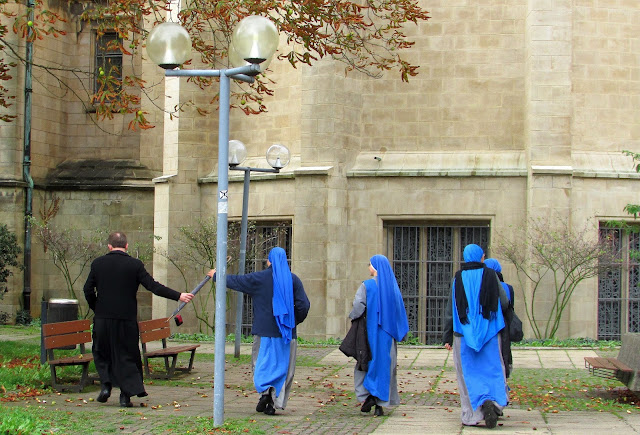 Here's the spires of Notre Dame behind some statue in the square. 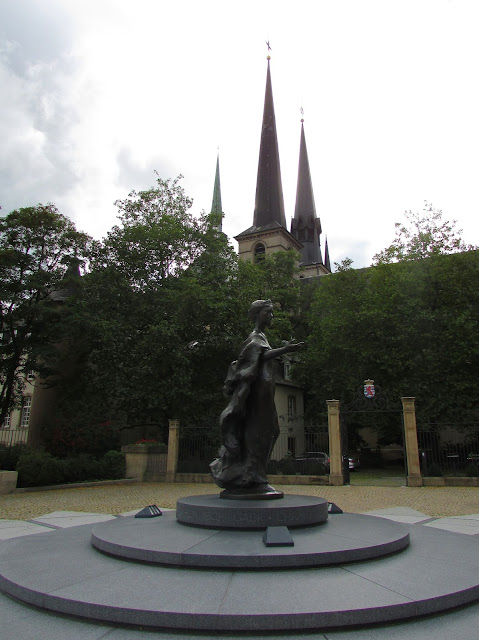 And finally, a guy on a horse. And that's a wrap. Great trip. Paris cannot be consumed in a lifetime of visits.
Great driving...if you keep out of the city centers.
Posted by Krewe Chief at 3:35 PM